Sowing the Seeds for a Busy Trade Show 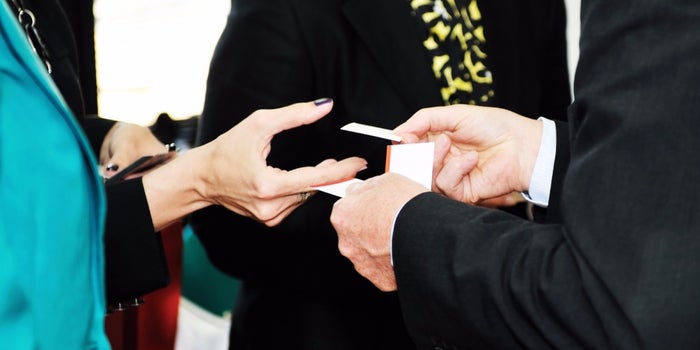 What are the right ingredients for a busy booth at a trade show? Obviously, you need traffic in the aisles but honestly, that doesn’t assure you of anything. Our customers are busier than ever and usually come to the show with a specific plan in mind. “I’m going to visit this supplier, that one, and the other.” With attendees typically only stopping in about 10 booths, on average, you just can’t leave it to chance that they will find their way into your booth. They just aren’t the “strollers” that they used to be.

Last week, during the latest meeting of the FPSA Show Committee, we got into a discussion about what exhibitors can do to get people into their booth. I didn’t say it, but it reminded me of my old friend, Bruce. Bruce was a very active member in the association when I joined the staff 21 years ago. From my very first days, I worked with Bruce on one of our committees and got to know him very well thanks to a few things we had in common. One thing I learned very quickly about Bruce was that he was tight with a buck. I don’t mean that as a put down, it was just part of his makeup. He was always extra careful in how he spent his, and his company’s, money. They hardly advertised at all and from what I could tell, spent most of their marketing budget on sales visits to clients.

Almost two years later, I got to see Bruce in action at the 2001 Worldwide Food Expo. Coming approximately 6 weeks after 9/11, our traffic at that show wasn’t great and yet, Bruce’s small booth was never slow. Every time I went by it, he and all of his staff were busy with clients. At the end of the show, there was some grumbling going on but most everyone understood. Not everyone was back to travelling like normal, and the economy was now in doubt. It was understandable that attendance was somewhat down. But that definitely wasn’t the case with Bruce who claimed it was the best show he had ever had.

Being somewhat new to trade show management, I asked Bruce why it was that he had done so well when many other exhibitors had not? For Bruce it was pretty simple. Success in a trade show absolutely depends on your pre-show marketing. This wasn’t just some philosophy, Bruce explained to me. The plan involved a a six-month timeline and included leaving marketing collateral during customer visits, emails to all customers and extensive phone calls with the goal of setting up meetings in their booth during the show. This wasn’t just Bruce, it included all staff, especially his salespeople who were responsible for filling their own schedules during the show.

Sure, that might work for existing clients but what about new leads? Do they respond to these pre-show marketing tactics? Bruce conceded that no, it didn’t work like that, at least not directly. What this plan did was it filled his booth through the four days and a busy booth looks more interesting than a couple guys sitting around. That is how this tactic worked with new prospects. Yes, they were aware of Bruce’s company from the pre-show outreach but now, seeing all the business they were doing, these prospects were drawn in to see what Bruce had to offer. That’s how he was so successful. They didn’t spend much money on this effort, but they had a plan that they executed faithfully every week in the six months leading up to the show. And it didn’t stop there. Bruce’s post-show follow up with leads was equally impressive. Whether a new lead or an existing client, Bruce’s team was following up with them on a regular basis in the weeks that follow a show. In short, nothing was left to chance and as such, if I had to guess, Bruce’s company probably had the best ROI on trade show investment than any other member I am familiar with.

Fast forward to now, with Bruce very happily retired, the situation really hasn’t changed. Exhibitors who do well at any trade show, typically deserve that success thanks to the leg work they put in ahead of it. It’s not just the work of the marketing coordinator, but rather a team effort to make your customers and prospects aware that you are exhibiting in the event and inviting them to come with a pass from your company. In order to support exhibitors’ marketing efforts along these lines, Process Expo show management provide free tools to make that happen.

Per the guidance of the Show Committee, staff developed a one pager that all exhibitors are encouraged to share with their customers in hard-copy, digitally, or on social media. Additionally, all exhibitors are signed up for the Feathr platform which serves to send email invitations to the show, develop landing pages and promote your presence on social media. Even better, Feathr allows the exhibitor to track the results of their efforts while also assuring confidentiality with regard to the exhibitor’s contact list. These tools are just a start. As we all are getting out a little more often to visit clients, it’s a natural talking point – “Are you coming to the show?”

Of course, everyone has different marketing strategies. What works for one company, might not do so well with another. All I know is, as we look ahead to the November show, I want my booth as busy as possible over the four days we’re there. With 12 weeks to go, the timing is perfect to get on our prospects’ calendar. We’re executing our plan and leveraging our marketing tools to make that happen. Bruce would be proud.