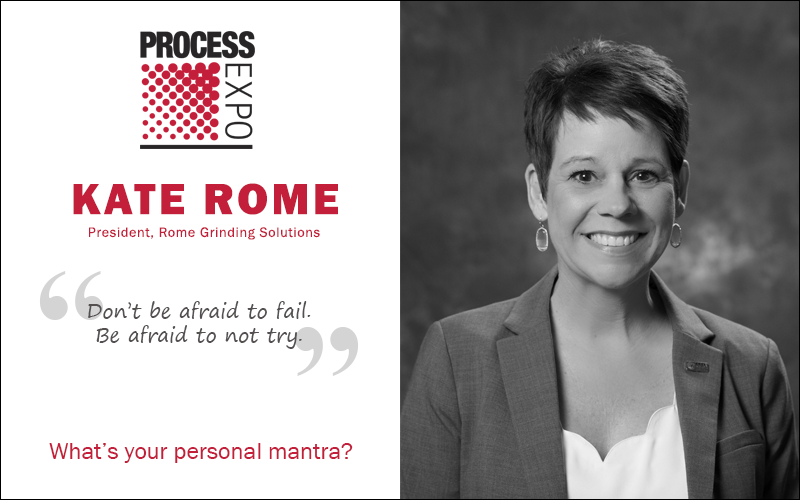 For a perspective on the importance of these Networks — especially in today’s changing industry — as well as how we can all work together to make them a success, we spoke with Kate Rome, President of Rome Grinding Solutions and Co-Chair of the FPSA Women’s Council.

What do you see as the biggest value FPSA’s Networks bring to the industry?

KR: I love the Networks because they encompass the whole industry. They create an environment where more and different people can get involved than have ever been involved before, and that allows us to better support one another and the growth of our industry as a whole.

I didn’t realize until we launched the Women’s Council a year ago how many women there were who wanted to get involved and hadn’t had a chance. These new Networks give all FPSA members the ultimate platform to step up and have a voice.

From Women’s Council members, I’ve heard that the most valuable aspect of the Network is the feeling of community where they can have conversations about issues that affect us all, whether they’re personal or professional. We’re all women in a male-dominated industry, but we’re also moms, spouses, girlfriends, and so on, and we’re all dealing with the challenges of balancing our many roles.

From your experience with the Women’s Council, what’s the secret to making Networks successful?

The key is creating an environment where people feel comfortable to speak up about issues they’re passionate about, as well as upcoming trends and challenges we’re facing industry-wide.

This is what we’ve done with the Women’s Council. A lot of women in our industry work in companies where they don’t have other women to network with. So, we’ve worked to create a place where women feel their voices can be heard.

It’s also important to get companies involved so they support their employees attending events and being part of the Networks. We’ve done this through educating companies about the purpose of the Women’s Council and how important it is to the change that’s happening in the industry.

FPSA has done a great job of keeping their members involved and informed every step of the way during the transition, and I don’t know of any company that isn’t supportive their employees getting involved.

The Women’s Council breakfast at PROCESS EXPO 2017 was a huge success. How did you attract so many people to the event?

By talking with as many people as possible. We connected with women on social media and through newsletters and other marketing initiatives. But the vast majority of the turnout for the breakfast was the result of women inviting other women they met on the show floor. The result was a standing-room-only event with over 400 attendees, from CEOs to production floor employees.

Do you have any advice for the organizers of the new Networks?

As cliche as it sounds, “build it and they will come.” So many women have come out of the woodwork since we launched the Women’s Council. We should have done it a long time ago.

I think we’re afraid that people won’t like change. But change is good! I’ve heard very few negative comments about the change that’s taking place — for most people, it’s pure excitement because they know it’s time and they want to be part of it.

I’ve been in the food industry for 22 years. It’s changed dramatically during that time, but especially in the past 4 years. I think the new level of conversation and collaboration the Networks provide will revolutionize the industry so we can grow and support one another into the future.

Learn more about FPSA’s new networks in this Q&A.