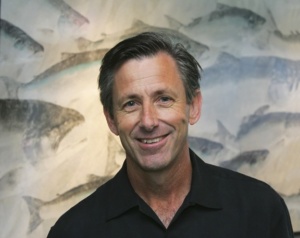 The former CEO of Starbucks, Pathmark Supermarkets, and Extended Stay Hotels, and currently the co-chairman of the board of Albertson’s, Jim Donald is a seasoned executive with a distinguished career in retail. He was named one of the “Top 25 CEOs in the World” by The Best Practice Institute and one of Business Travel News’ “25 Most Influential Business Travel Executives” in 2013. Donald earned a reputation for turning around financially ailing companies early in his career. It was this reputation that prompted Extended Stay Hotels to seek him out after emerging from its bankruptcy proceedings in 2010. The hiring marked the rare choice of an outsider to lead a U.S. hotel company, and he led its successful $565 million IPO. Donald’s personal, hands-on approach to leadership is what is driving the rehabilitation of the world’s largest hotel operator, and he shares the leadership and management techniques that have earned him his stellar reputation. In a talk that can be tailored to all levels of an organization, he shares his experience as a leader focused on innovation, quality, service, strong relationships within the community, and risk-taking with the freedom to fail.

Business Strategies Good to the Last Drop. Jim Donald joined Starbucks in 2002 as president of its North American division, and he later served as president and CEO from 2005–2008, while the company saw some of its most rapid global expansion. During this period, Starbucks experienced record financial performance and growth, attributable largely to its success in North America, as customers continued to embrace the Starbucks Experience. Donald believes that the human connection between customers and baristas accounted for each Starbucks store becoming a neighborhood gathering place. He also continued Starbucks’ strong commitment to corporate social responsibility with efforts to develop ethical sourcing practices for products, fund water projects in developing countries, and reduce the company’s environmental footprint.

Supermarketing. In 2019, Donald transitioned from CEO of Albertson’s, the nation’s second largest supermarket operator, to co-chairman of the board. He has more than 35 years of experience in the supermarket industry. He began his career in 1971 as a trainee with Publix Super Markets. Joining Albertson’s in 1976, he quickly rose through its managerial ranks and was head of operations in Arizona. After 16 years at Albertson’s, Donald’s reputation in grocery operations spurred Walmart founder Sam Walton to personally recruit him to help the company’s then-struggling grocery business in 1991. Handpicked and with the goal to build a major presence in the supermarket business, Donald was a key executive in the company’s development and expansion of the Walmart Super Center, supervising all merchandising, distribution, store design, and real estate operations.

Donald later served as president and manager of Safeway’s 130-store Eastern division from 1994 to 1996. He was responsible for a $2.5 billion business, 10,000 employees comprised of 130 stores and two distribution centers. With a clear vision and inspiring front-line leadership, he reversed a four-year trend in declining same-store sales. Donald then joined Pathmark Stores in 1996 as chairman, president, and CEO. Donald served as CEO of Haggen Food & Pharmacy from 2009 until 2011. He is also currently the executive-in-residence for the business program at University of Washington Bothell.

<< Back to Annual Conference page.